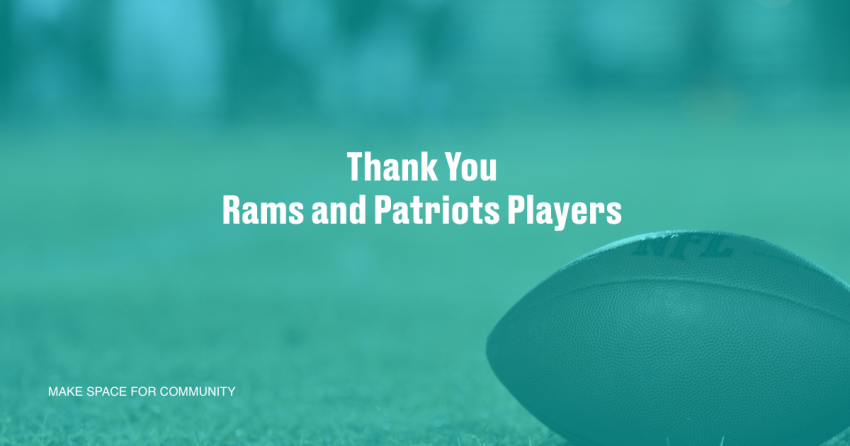 With so much focus on who wins and loses the game Sunday, we think it’s equally important to recognize the contributions that many of these players make in their communities all year long.

With so much focus on who wins and loses the #SuperBowl Sunday, we think it's equally important to recognize the contributions that many of these #LARams and #Patriots players make in their communities all year long. Click To Tweet

On TheRams.com community page, we found an impressive slideshow of LA Rams players contributing to their community.

Since the team has moved back to Southern California, the Rams have partnered with various school districts and non-profits including:

On Patriots.com Community Page, the New England Patriots display a number of impressive accomplishes through their Patriots Foundation.

The New England Patriots Charitable Foundation is the nonprofit organization established by Robert Kraft in 1994 to support charitable and philanthropic agencies throughout New England. This support comes in the form of direct grants and the donation of signed memorabilia to charitable causes, and from Patriots players who offer their direct support by appearing at charity functions throughout the year.